Insights and Observations: The seminar on new mobility solutions has attracted great interest in Latvia

In mid-October, transport experts, specialists and innovators gathered in Līgatne (Latvia). The high number of attendees confirmed that the transport sector also needs to work on new ideas and new solutions.

The workshop "New Mobility Solutions: Ideas, Opportunities, Challenges", organised by the Vidzeme Region as part of the MARA project, brought together a wide range of stakeholders, including representatives from ministries, associations, executive bodies and municipalities. There were also representatives of several societies that bring various innovations to meet the challenges of mobility on a daily basis, as well as representatives of several companies engaged daily in research, development projects, strategies and evaluations. The seminar program was deliberately designed to give the widest possible vision of the opportunities and solutions already available for the development of the sector.

Attendees were told about the importance of thematic plans for mobility and the mapping of cycling infrastructure. Methods for developing a thematic plan were presented, with particular emphasis on data analysis and team value.

It was also emphasized that the real needs of the identified audience are the basis for effective and good solutions to improve traffic, which is one of the key aspect of the MARA project.

Another important aspect to take into account, when planning mobility, is the interaction between the different scales: not only at the local or municipal level, but also at the regional, national and international levels.

A spokeswoman for the Ministry of Environmental Protection and Regional Development, informing those present about the development of sustainable and environmentally friendly transport outside the big cities, stated that municipalities can be considered as a significant influence on the development processes in the regions.

Electromobility and its efficiency were also discussed Examples from overseas (Western Europe and Scandinavia) were presented, where bikes and electric bikes can be used as an alternative to internal combustion engine cars, providing an identical or even greater contribution to the economy while mitigating the negative effects of using a private car. Small freight, mail and other urban courier services are areas where change can be introduced very quickly and efficiently, making the urban environment more attractive to citizens. In addition, examples of the use of electric bicycles in tourism were demonstrated. 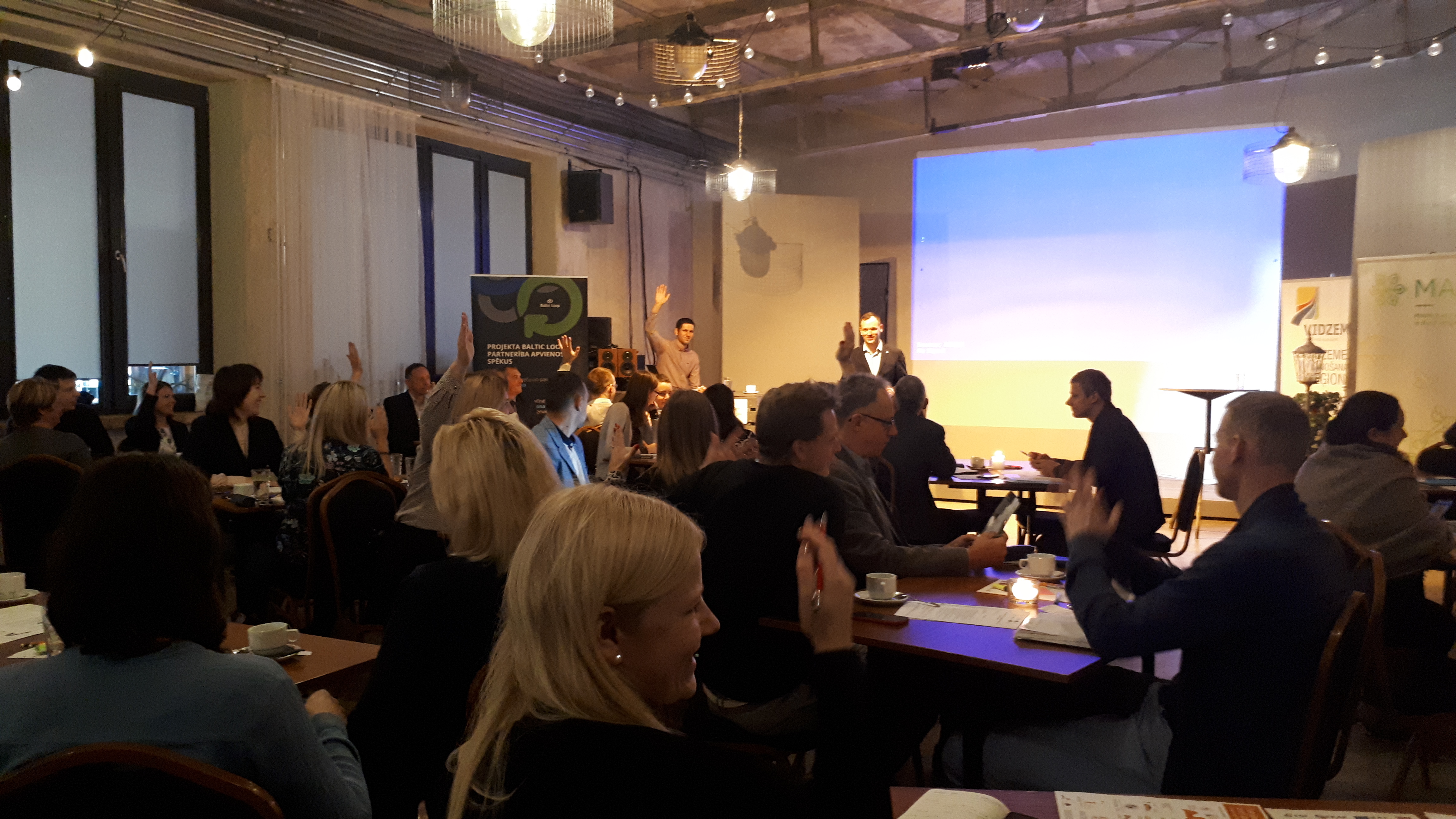 The benefits of electromobility in the tourism sector were also discussed at the outset. Examples of how easy and relatively less expensive a tourist facility can adapt its infrastructure to attract customers traveling by electric cars or electric motorcycles were demonstrated. All you need to do is provide the power socket and include information about the connection and charging places to a common database so tourists can count on it when planning their travelling routes.

In the end, those present were introduced to the Vidzeme Planning Region initiative transport-on-demand, which is piloted in two municipalities of the region and financed by Interreg Baltic Sea Region programme project MAMBA. Speaking about the planning phase before the pilots started, the spokesperson said that it was very important to find out what citizens needed, what kind of mobility difficulties they were facing on a daily basis, asking them about possible solutions and inviting them to evaluate specific alternatives. The issue of legislation flexibility for innovation in the transport sector and the courage of municipalities and local communities to try new and unprecedented issues was also raised.

The workshop concluded with group work, modelling mobility in an imaginary municipal area using one of the five modes of mobility offered. The purpose of the work was to identify potential obstacles to the implementation of a solution, to consider ways to reduce it, and to pay particular attention to informing and encouraging the local community to use the solution. Evaluating the work done by the teams, it can be concluded that the proposed solutions were closer to reality and could be implemented in a particular populated area, significantly improving the mobility situation there.

The event was also filmed on regional television and later broadcasted on national television: https://www.youtube.com/watch?v=h7k9s-PiTzw  (Video available in Latvian)

Prepared by: Anita Āboliņa, Communication Manager, This email address is being protected from spambots. You need JavaScript enabled to view it.